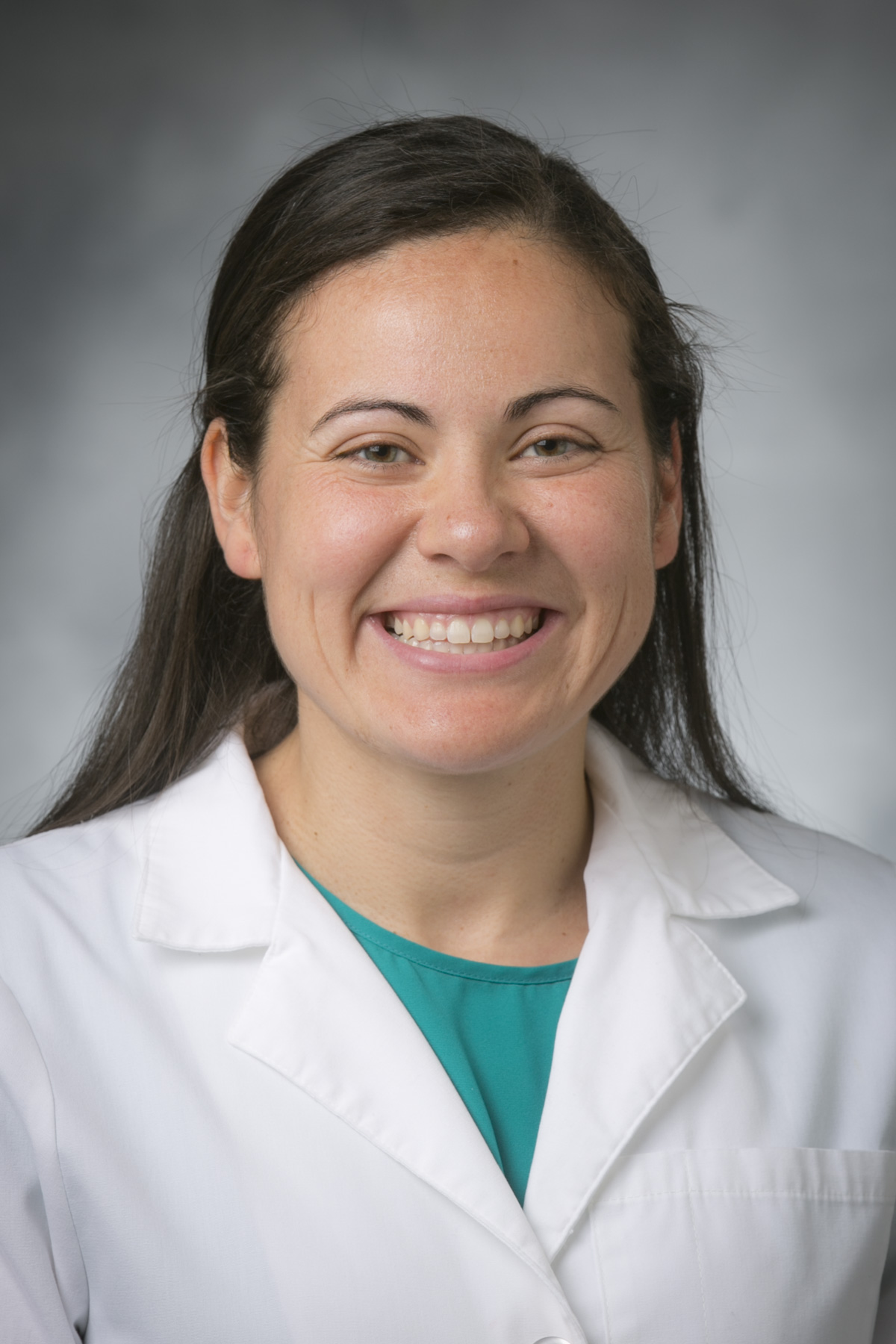 Veronica attended Boston University where she received her bachelor’s degree in Athletic Training. After completing her Master of Arts in Athletic Training at the University of North Carolina – Chapel Hill, she served as an athletic trainer for Duke University athletics for a variety of sports including men’s tennis, women’s soccer, field hockey and wrestling.

After four years as an athletic trainer, Veronica chose to pursue her degree in Physician Assistant studies from Duke University and graduated in May of 2016.

Veronica is married to Joseph Crump, a soccer specialty sales representative, and they have one son.  She enjoys running road races with her husband and spending time with her son.  Veronica speaks Spanish.